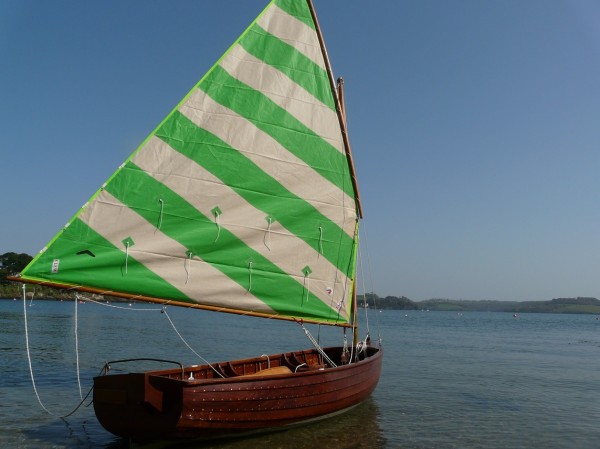 Designed in 1912 by George Cockshott, the International 12  Dinghy, with its single, high-peaked lugsail, was the first one-design racing dinghy to gain international recognition.  Its widespread popularity led to it being chosen as a class for the 1920 and 1928 Olympic Games.

The popularity of the Twelve endures today, largely due to a proactive class association, which represents large fleets of 200+ boats in the Netherlands and Italy, as well as smaller fleets in Turkey, Germany, Switzerland, Spain, Austria and even Japan.  The class is regaining popularity elsewhere, including the United Kingdom, where there is a small but growing number of Twelve’s in active commission.

The Twelve is without doubt a great boat.  Easy to carry on a car trailer, a technical, but safe boat, suitable for every category of sailor, both young and old. It is not too biased towards windward sailing and not too unstable, even in strong winds.

Having recently celebrated her centenary, she is without doubt an enduring racing classic.

This boat was built in 2002 by a Dutch yacht builder and is virtually unused.

She has been dry stored, and was revarnished in 2014.

Sails are as new.