Wooden ships comments on this rivers class Gaff cutter One of 10 boats commissioned by the Royal Mersey Yacht Club. 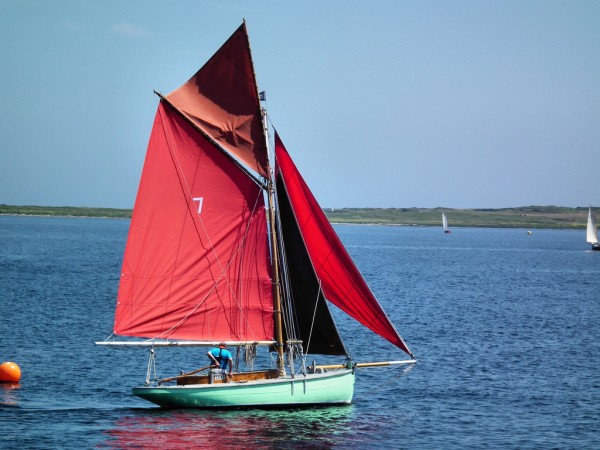 Rigging set up to dead-eyes and lanyards.

Regularly raced round the Isle of Man and nicely refitted in present ownership. Stripped to bare wood inside and out, cock-pit and interior rebuilt. Sails and engine replaced etc.

A good new owner who will continue to care for her is more important than the money in this case. If you could love her then call us!

Brief history of the Rivers Class.

The Rivers Class started life as the Jewel Class in 1905 built by Crossfield. In 1911 the Royal Mersey YC asked Crossfield for a club boat so he added a 3’ bowsprit to the Jewel.

Deva. (formerly owned by John Wainwright, author So Many Tides)